The donetsk buk was photoshopped

We all know the so called proof that the rebels had the mh17 buk in donetsk but after i was trying to find the times that this so-called mh17 buk on its east bound journey and using online sun calculation site all except the torez buk was taken at 10.am which sparked my interest in the possibility that the photos that are actually photo-shopped while looking at the donetsk buk on a trailer you can see that although poor quality there is a good view of the truck cab and can make out most details but the buk unit is very blurry and doesn't look like it should be in the same frame as the cab.

bellingcat {eliot higgins} was peddling the "separatist" buk in donetsk photo. the truck looks clear and easy to pick out details the buk however is very fuzzy he was also posting a cropped image of it    I am no expert on photo-shop but this buk in donetsk looks quite suspect ..if there are skilled people out there that can give a better explanation as to why the buk on the back of the truck is so blurry compared to the truck please post a reply   ...this is the cropped image bellingcat was sharing and claiming it was in donesk i'm not surprised he cropped it because i will be exposing his utter hatchet job on photo-shop further down the page. and showing that all the tweets photos and everything else he shared is complete and utter bullshit......  you can see bellingcat page here  the photo vantage point is exactly the same as that on google street view images see for yourself it is 100 meters east of the illicha ave and tomatska st roundabout in the eastern side of donetsk city ..dont take my word for it check it out yourself 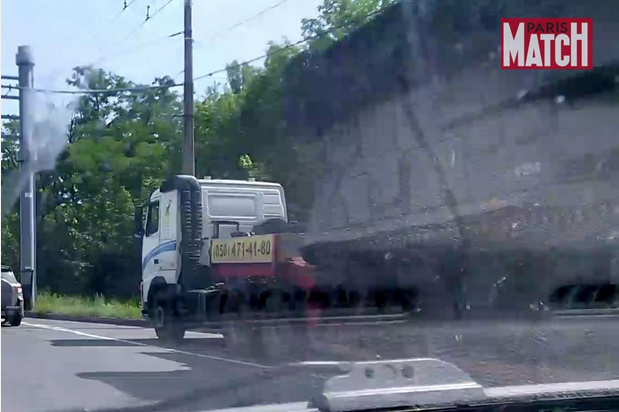 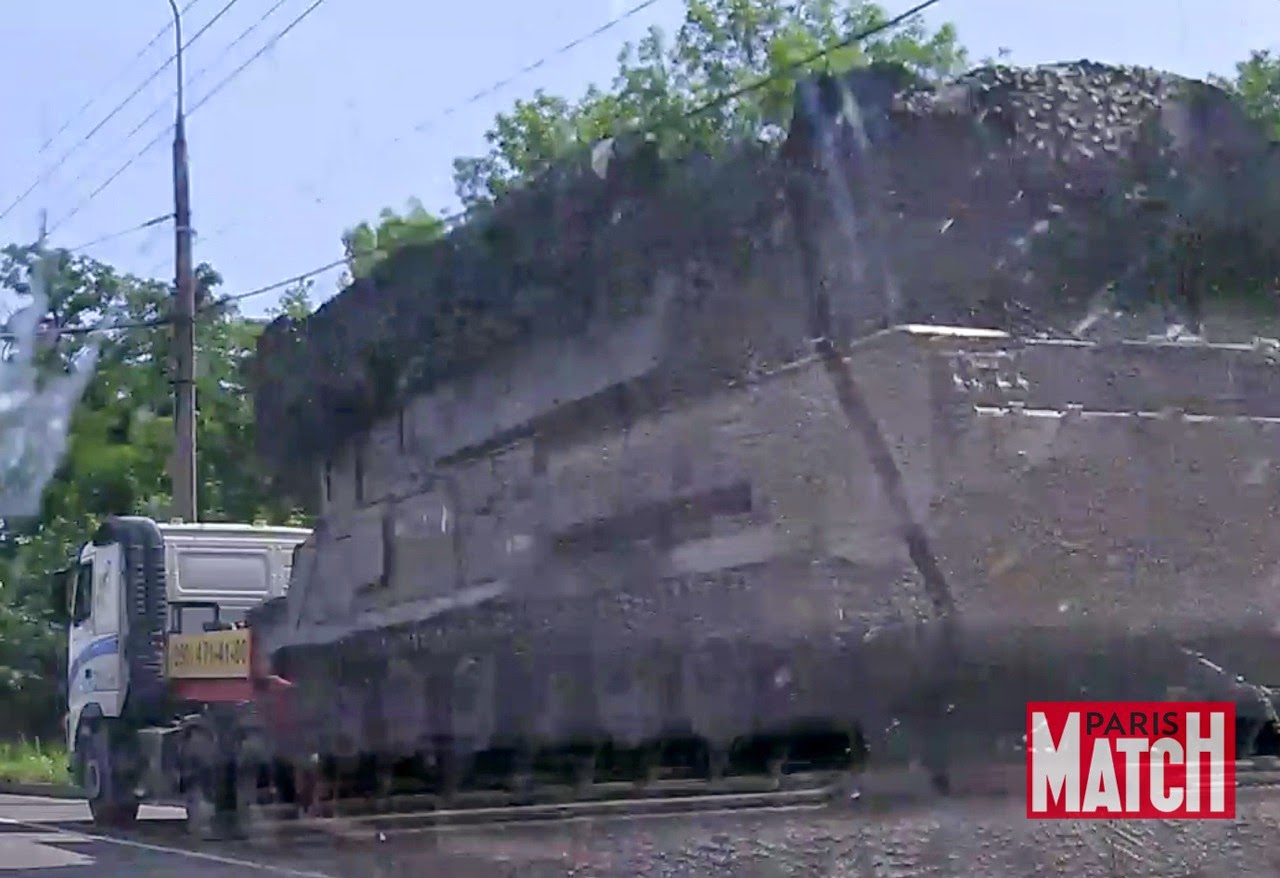 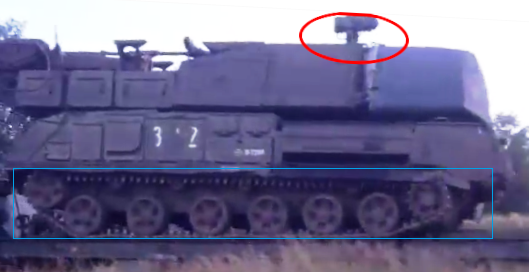 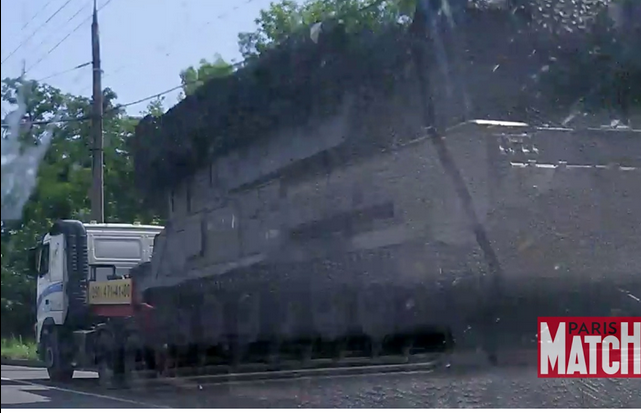 below is the red low loader trailer thought to be the one used and i only used microsoft auto-correct to brighten the image i didn't otherwise tamper with the image if you raise the red line at the back of the the trailer to meet the bottom of the rear wheel the ones at the front are then under the red trailer floor marker. i tried raising and lowering  the marker lines but still with the result that the buk is sitting unnatural on the trailer and as you can see from the auto-corrected image as well as the untouched image the buk doesn't belong in the shot

for comparison on the donetsk buk on the right i flipped the image ...And on the left hand photo below is a photo still from a video from the alleged buk in luhansk and and as you can see that the ramp end of the buk it is sitting at an unnatural high angle

i believe the truck that could have been at the location while it was transporting a destroyed APC rebels were taking it to be repaired here it is ...date unknown 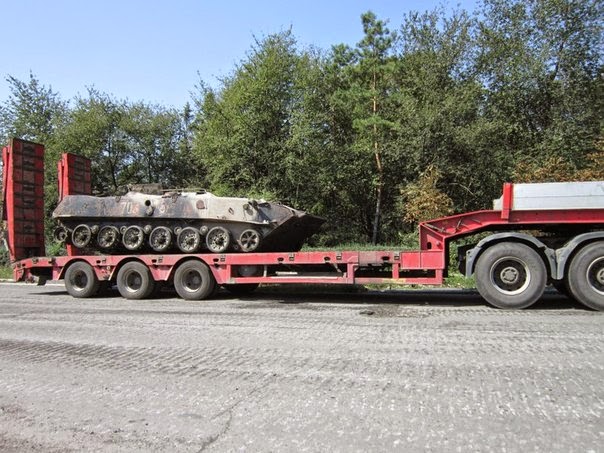 The rav4 that shrank in the carwash

The toyota rav4 is far to small to be in the same photo frame of this truck a 2006-2008 model toyota rav4 are about 1.7 {5.9 foot} meters in height now even allowing for the fact the rav4 is a little further away than the truck and even if i am a bit off on the red guide lines there is no way it belongs in this photo i will show a google street image from the same location that has a faun road sweeper which is 8feet high a see a more detailed look at the rav4 here 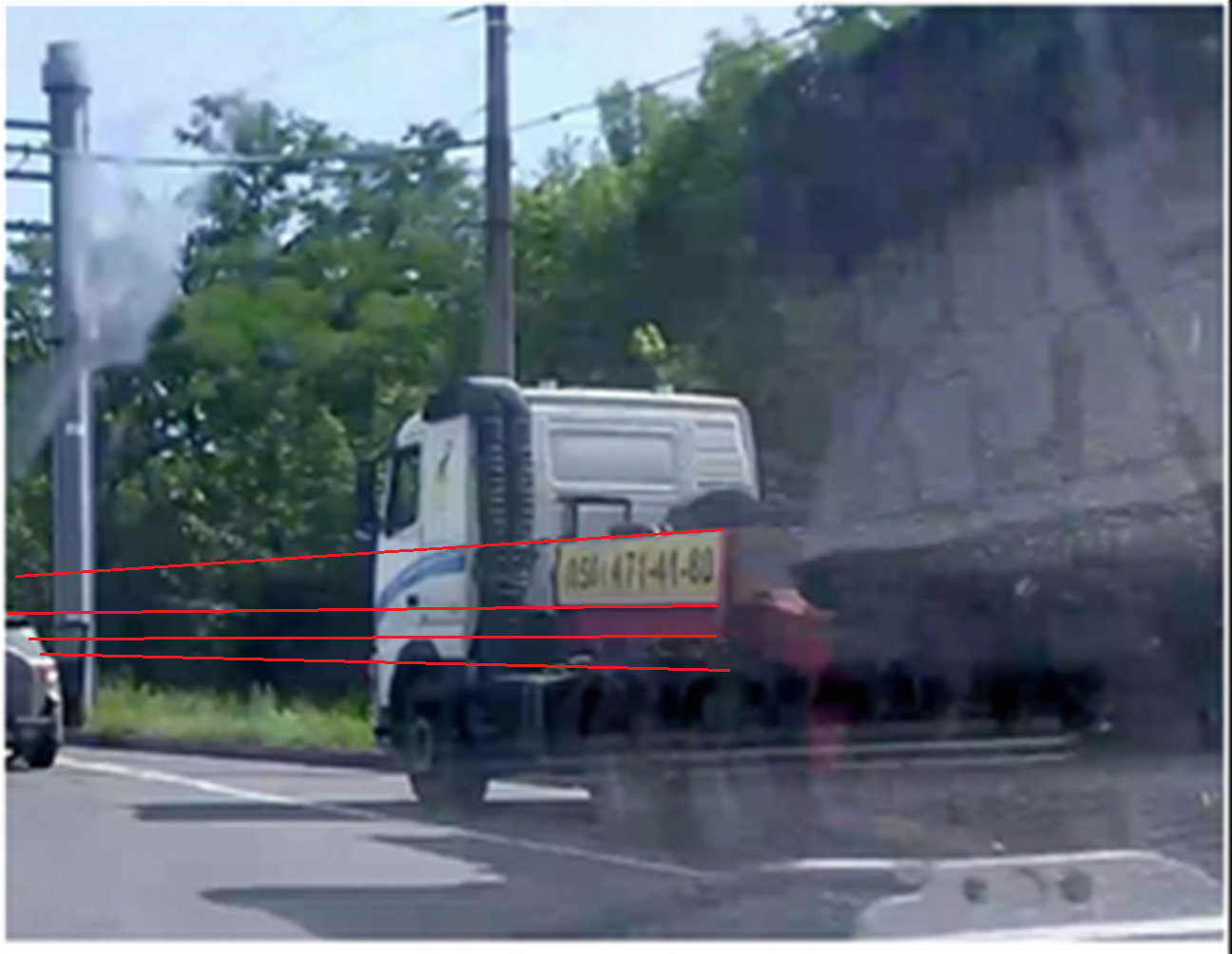 from a snapshot of google streetview { 100 meters east of illicha ave and tomoska street roundabout makiivske highway east donetsk city} the same location there was an orange faun street sweeper which i will compare to screen shot of the rav4 jeep which is supposed to be 5.9 feet the streetsweeper is 8.2 foot high {rear compartment} and using the thick rings around the pole as a guide you can clearly see the toyota rav4 is to small to be in the photo so you can clearly see the buk that is the "proof" rebels had the buk in donetsk picture has been photo- shopped 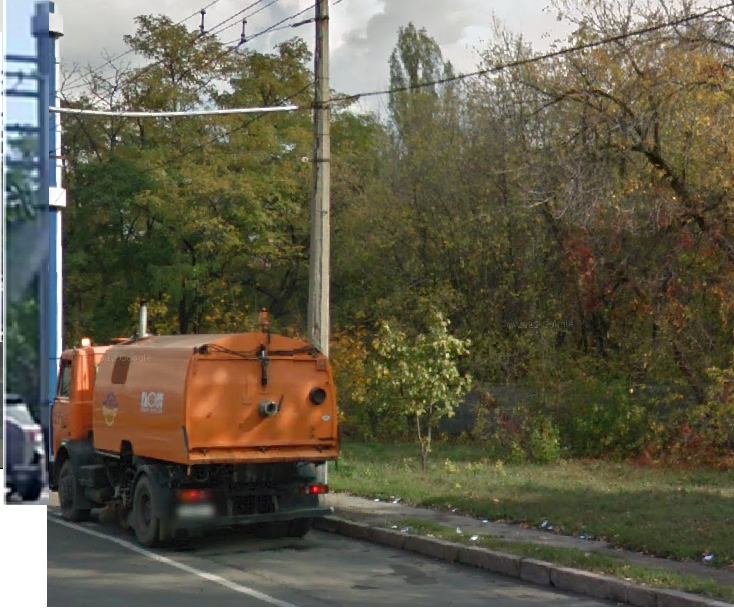 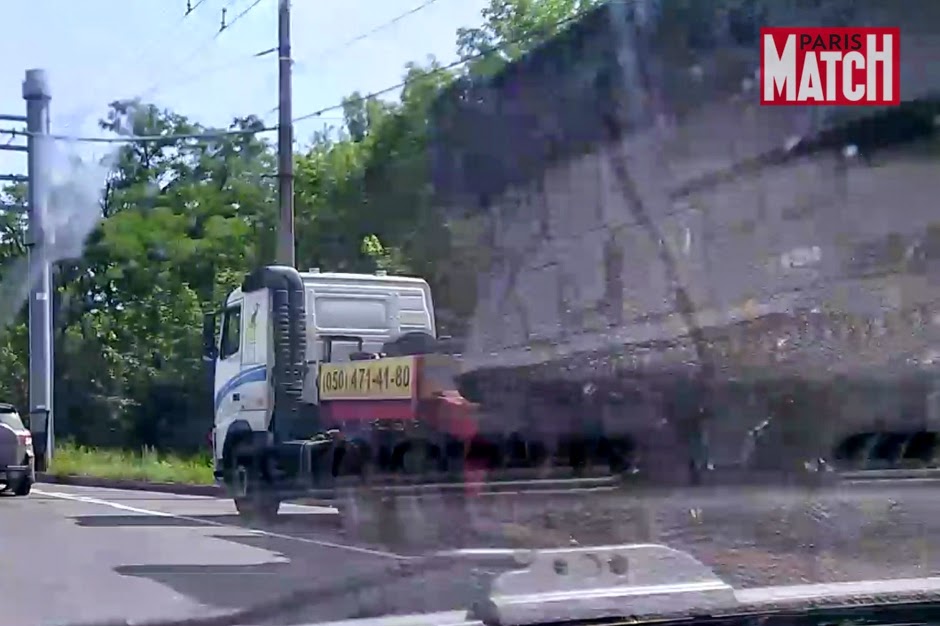 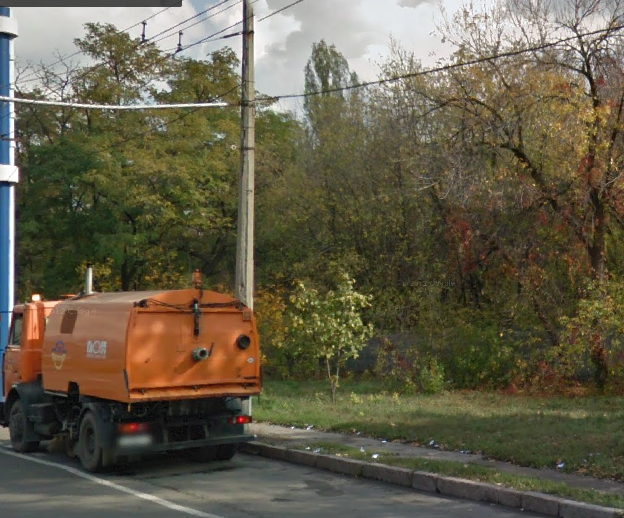 the not so convincing photos of rebel truck...the rear truck was not in the video but was released with the video and as you can see the car is small compared to the truck and even this truck is to small for the road which is why the sbu cut it from the video and in photo two as you will see its 12 foot tall 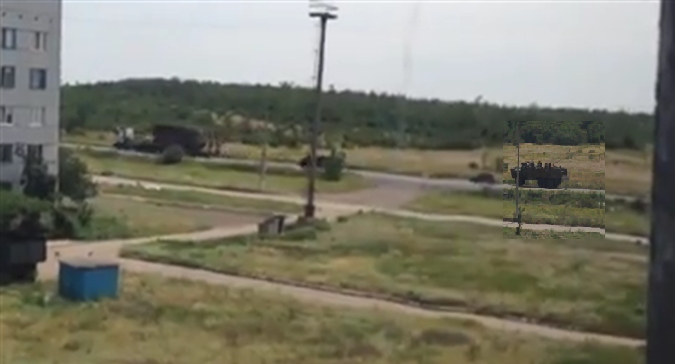 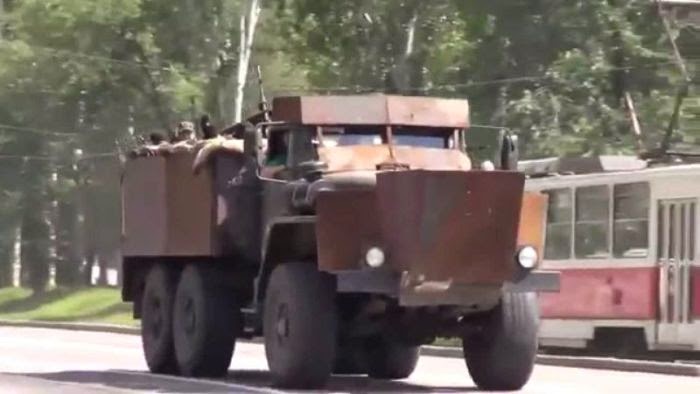 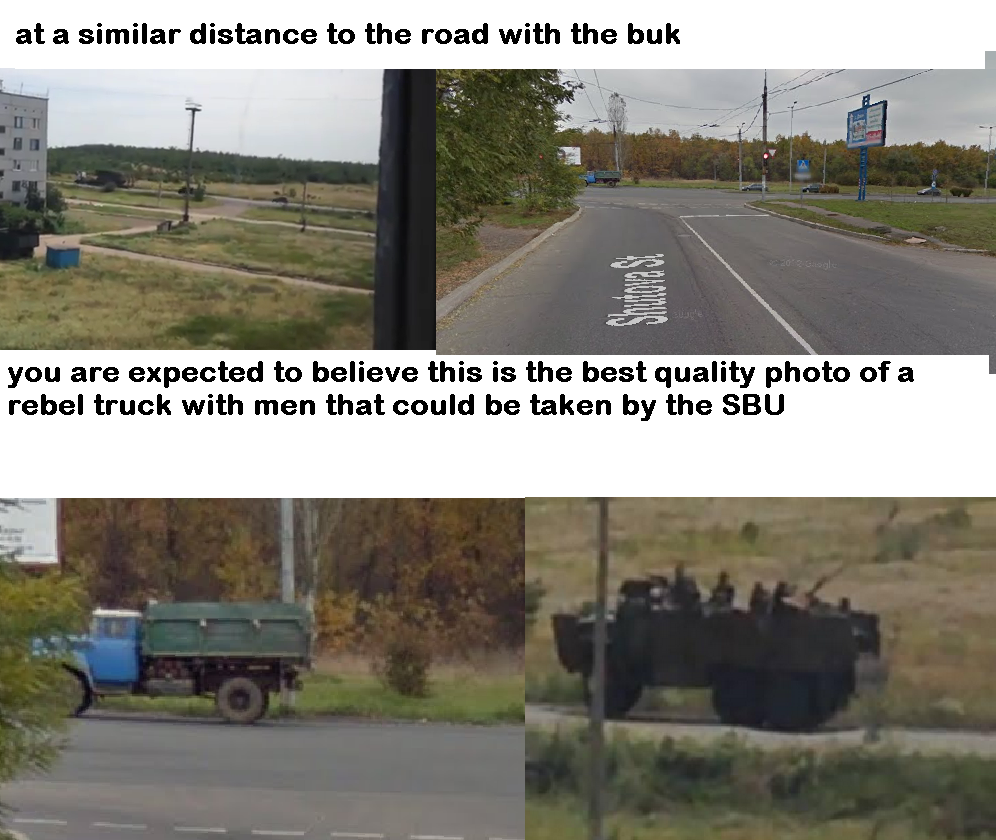 THOUGH THESE TWO ARE DIFFERENT...I ASK YOU WHICH ONE DO YOU THINK IS FAKE !!!! 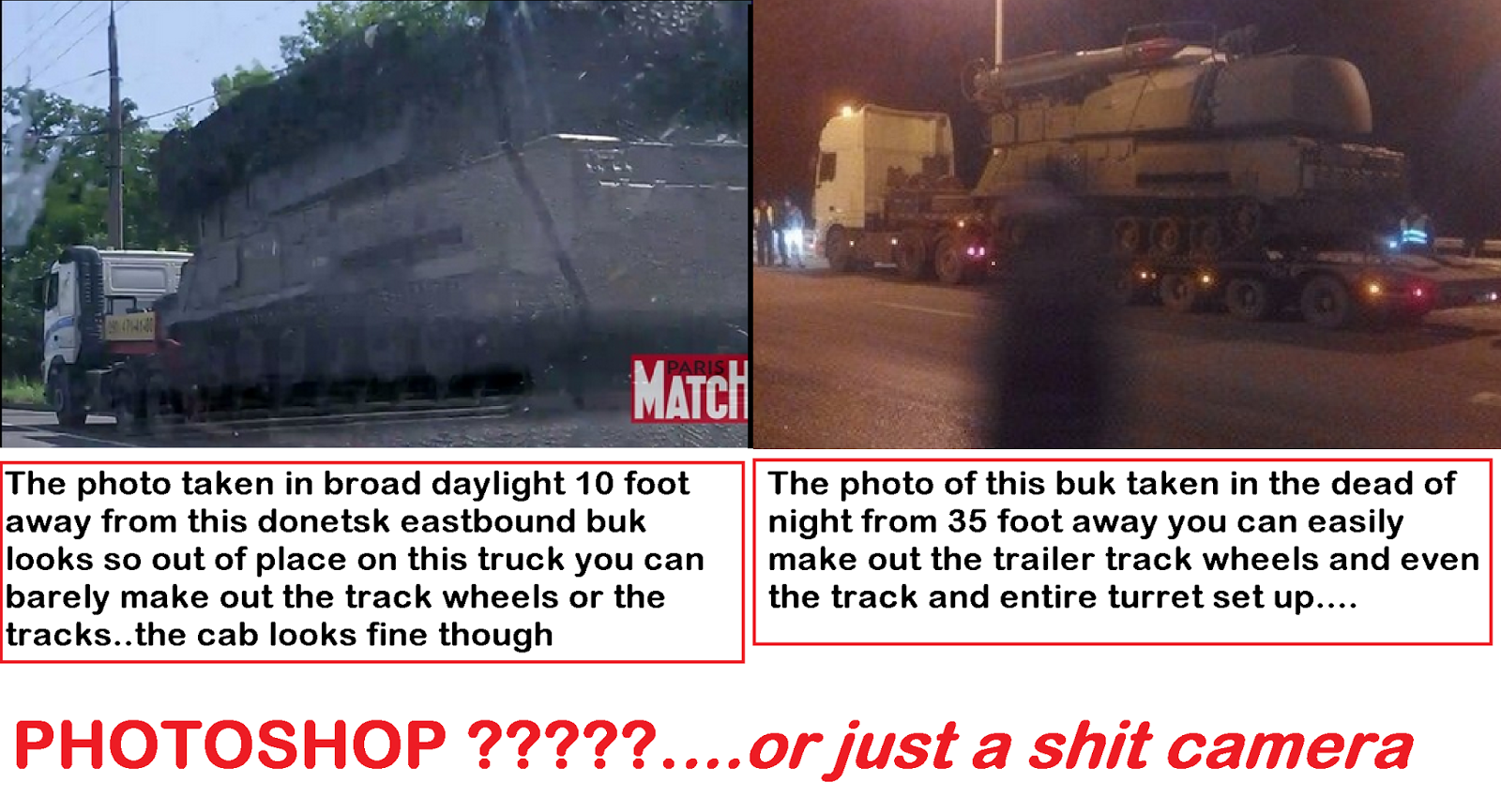 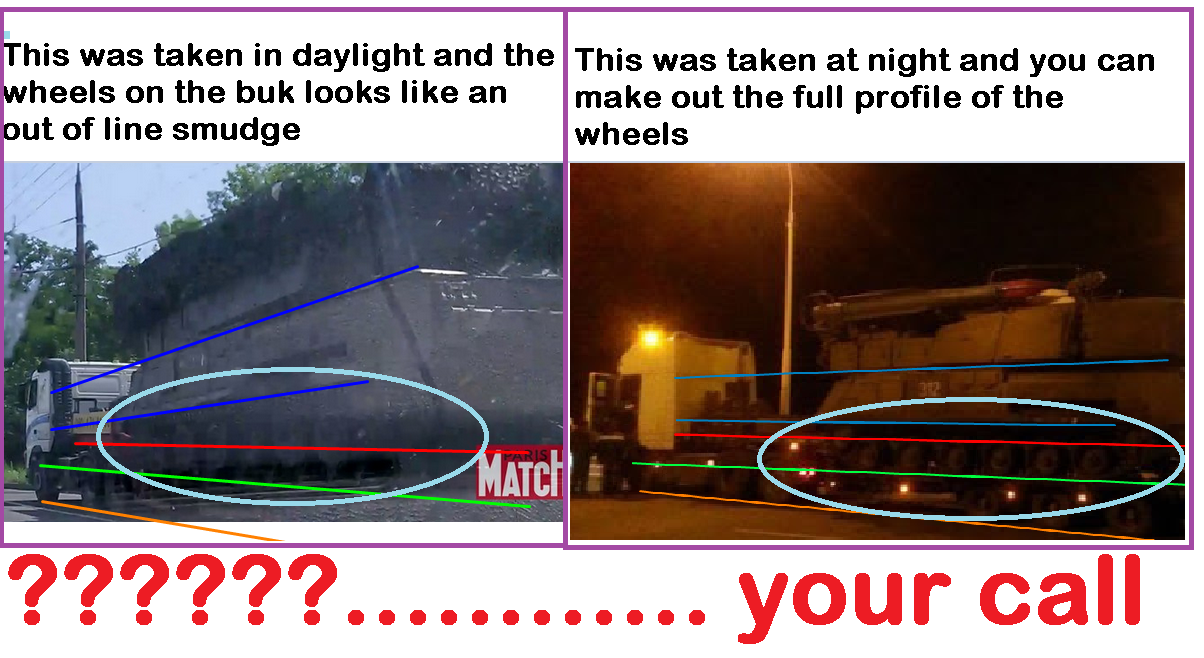 read more about kiev mountain of lies on my other page here where i debunk the narrative
Posted by Unknown at 01:05